Written by ballan on September 30, 2020. Posted in Murals, Travel. Leave a Comment 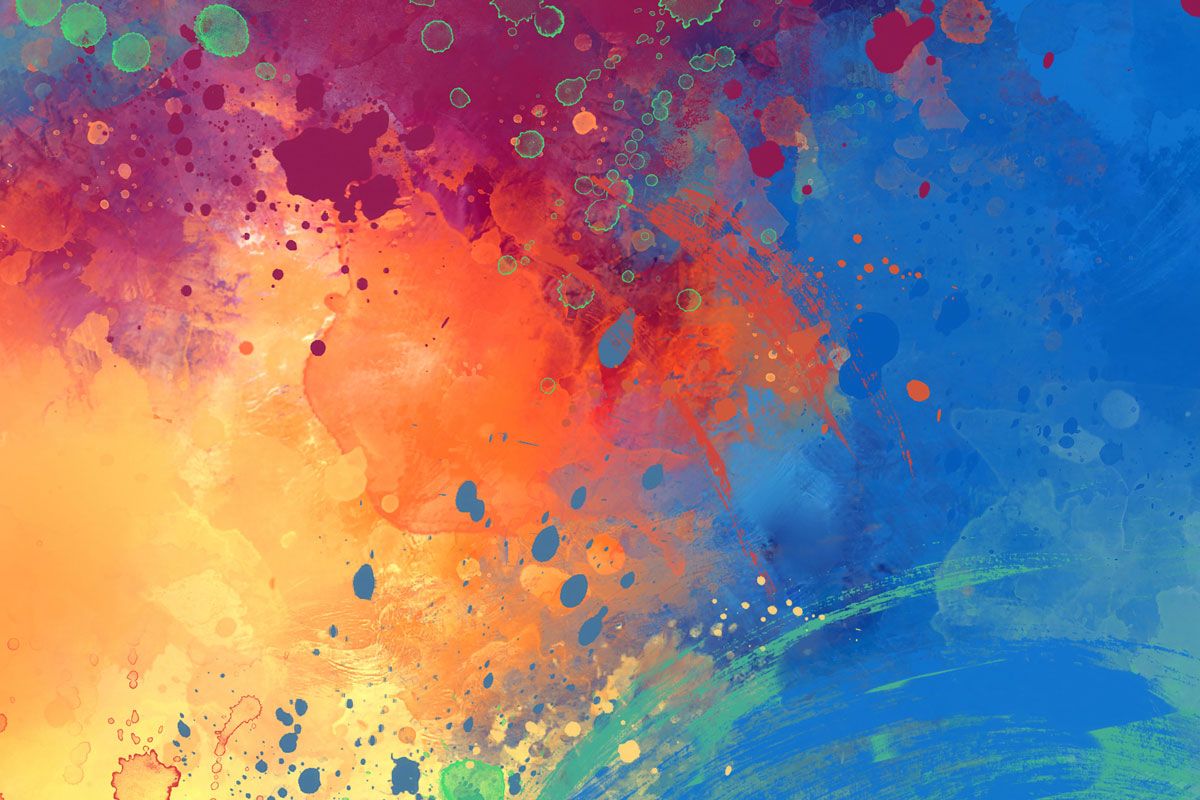 Written by ballan on September 30, 2020. Posted in Photography, Travel. Leave a Comment 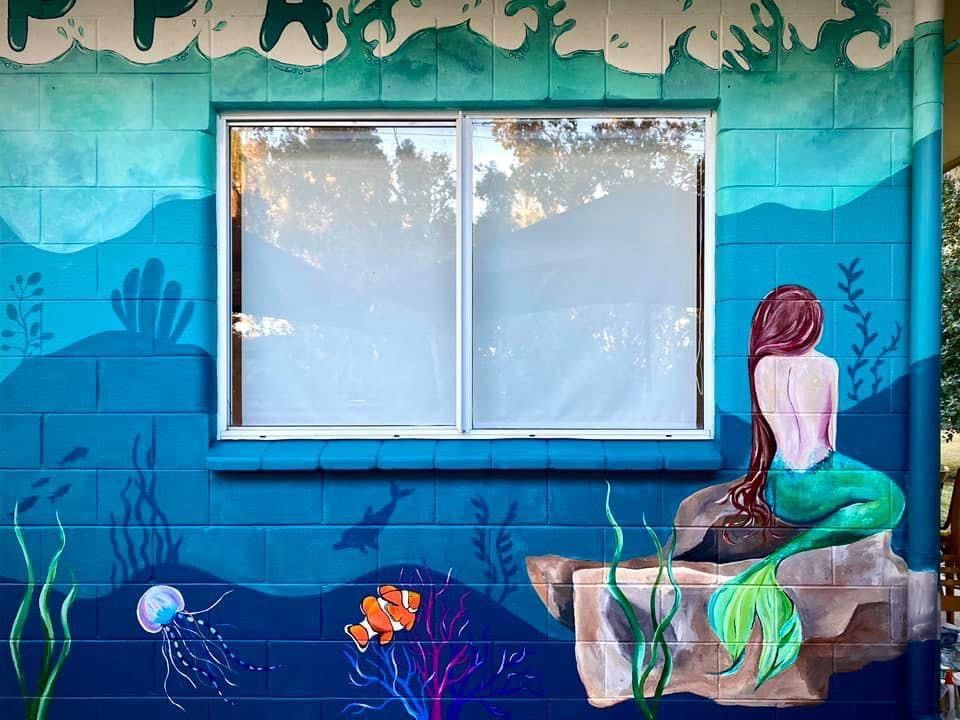 Written by Lauren Farnham on September 30, 2020. Posted in Photography, Travel. Leave a Comment

The pressure was on to get there fairly quickly, as I had advertised for murals at the start of the year, thinking we would be leaving much sooner!

Thank goodness a few of them were still keen by the time we could actually get there even amidst all the Corona Crazy!!! The first one was a cute little Fish ‘n’ Chip shop at Kinka Beach called Kinka Kippa.

Now I tend to jump into things head first without actually thinking things through, so having done a couple of murals now I was a little overconfident and a lot underprepared. I greatly underestimated the time to sand, undercoat, add the characters and details, and then put anti- graffiti coating over the top.

When planning our trip Josh and I had agreed that we would mostly do free or low cost camps, however there were none nearby Kinka so we booked into the NMRA caravan park “Just while I do this quick mural” Welllllll…  Three nights turned into six nights turned into nine. The art of murals had a bit more to it than I had anticipated.  This was a new surface for me, with lots of windows and doors to make cutting in the undercoat and base colours a much bigger job than it first appeared.  And I’m not going to lie, there was definitely more than one tantrum on my part, I can be a bit of a brat. Once the base coat was on and I was able to get stuck into the details I was much more confident and was so proud of how it was coming along!

It really felt so amazing to stand back after it was completed and know that I created something so beautiful, I was really thankful that Kate and Adam the owners let me have free reign on the design and trusted me throughout the whole process.

During this time one of my lovely friends I had met in Moranbah years beforehand messaged me and told me she was starting up an online business/publicity page and that she would love for me to be her first article. Now if you know me, you will know that this is wayyy out of my comfort zone, getting my photo taken and talking about myself terrifies me! I reluctantly agreed, and thankfully Kate was as lovely and warm as I remembered and she put me at ease straight away.

The kids loved Yeppoon as well, staying at the NRMA park meant they had a jumping pillow, playground and pool on our doorstep and the beach was only a short walk to go looking for shells, crabs and sand dollars.

Before we left we were worried about the kids getting enough social time, but straight off the bat they had kids their own age to hang around with.  Asher even made friends with the owner of Kinka Kippa’s 4 year old, a cute little dude named Thomas, Asher was very proud to have his very own friend.

While we were in Yeppoon we also got the opportunity to catch up with some other friends from Moranbah, and their beautiful kids, it was so great to see that those friendships are still just as strong as they ever were!

Things we learnt in Yeppoon

The original plan was to leave on April 1st.

It was a little bit stressful to say the least.

And then to top it off, the word Coronavirus was starting to be heard more and more.

Sitting in our old van watching the PM slowly wind back some of the economy and shut down pubs, clubs and restaurants as the cases rose was pretty surreal, Particularly because we now had tenants lined up for our house, so we had to go….somewhere?

So off we go 15 minutes down the road to the in-laws in the nick of time before lockdown!

So what do we decide to do? Relax? Spend time with Family? A little R&R? NOPE we decide we will sell our Mazda, Buy a Landcruiser, Sell Our Van and Prado and then find a new van before we leave!

But I tell you what, we are SO glad we did, the kids have so much more space and the best part is we have a door between the kids’ area and our area so that I can paint at night! Because you know….. Priorities! 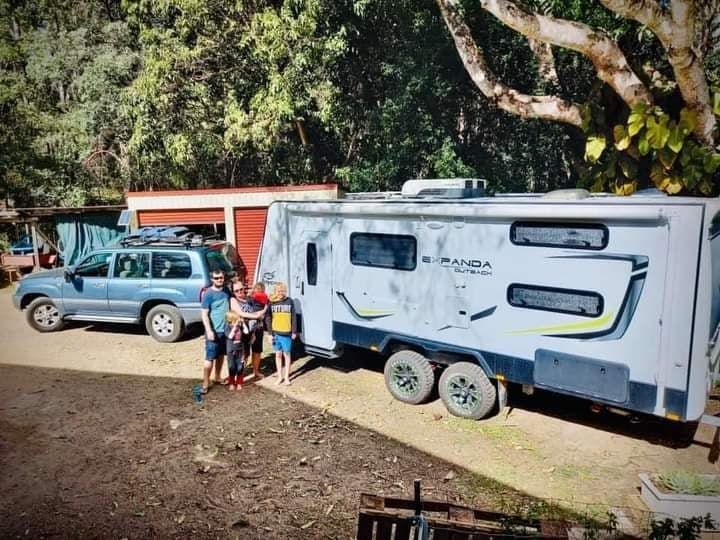 What do you mean, live in a caravan?

Written by Lauren Farnham on September 30, 2020. Posted in Murals, Travel. Leave a Comment

If you had of told me a few years ago that I would be living my life in a caravan travelling around painting murals with my husband and 3 sons I would have laughed!

In theory this lifestyle is something my personality type should not enjoy at all! Noise, Confined spaces, planning, new experiences and new people are all things that would generally make me uncomfortable.

And yet, somehow, it works!?

We did 4 months on the road in 2018 to transition our family to moving back to the Sunshine Coast from Moranbah. This is it below, we lived in it for 5 months all up and toured through Northern Territory, Western New South Wales, Adelaide, Mount Gambier, The Grampians, The Great Ocean Road, then followed the south coast up to Sydney and back through the middle of NSW to settle on the Sunshine Coast.

Moving back to the Sunshine Coast was meant to be our “End Goal’ Have you ever had an “end goal”? Something you look forward to, something you revolve your life around and strive toward? And then it happens and its incredibly anti climatic?

That’s what happened when we moved home! I don’t know if it was all the changes happening, Josh doing FIFO, or had we built it up so much in our minds in our 7 years in Moranbah that nothing was going to live up to the expectation, or maybe it was that we had just done a 4 month trip and that deep down that was what we wanted to be doing? Probably a mix of all!

So about 6 months after moving back the decision was made! 2020 would see us hit the road! But of course, things in our lives have a habit of not going to plan….. that and we always, ALWAYS leave everything to the last minute.